We are Stronger Together

This month I exchange ideas with Mike Park,
Executive Director of CharacterPlus, based in St. Louis. Enjoy! 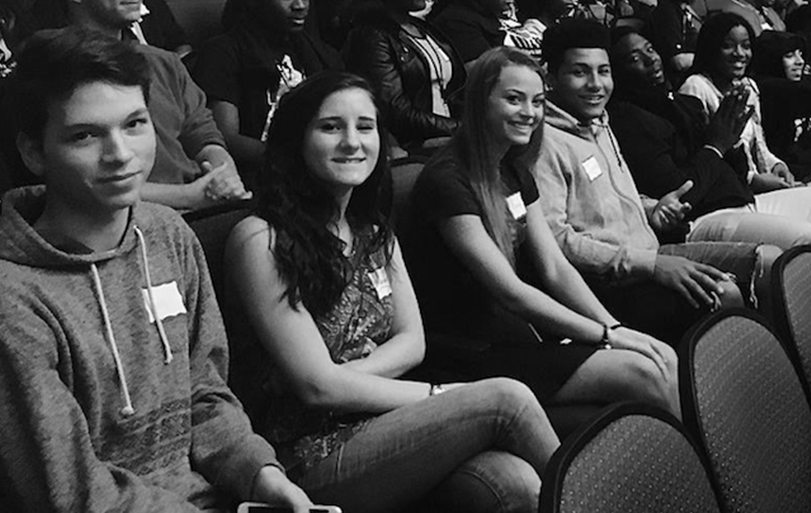 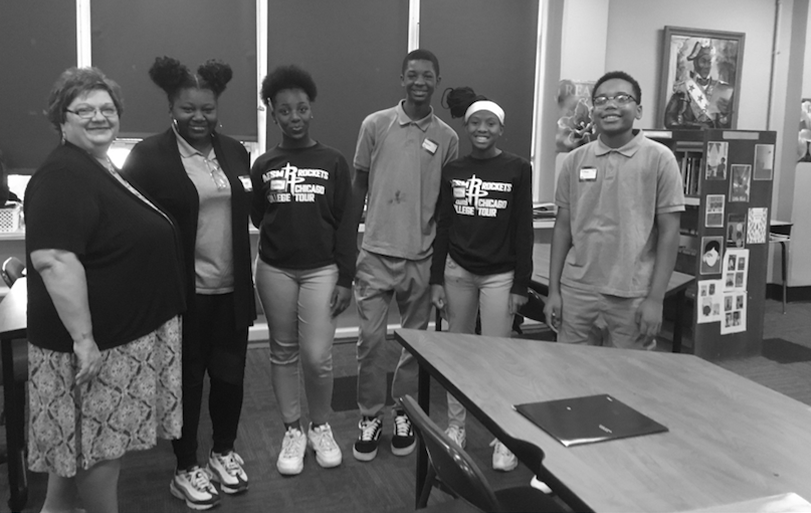 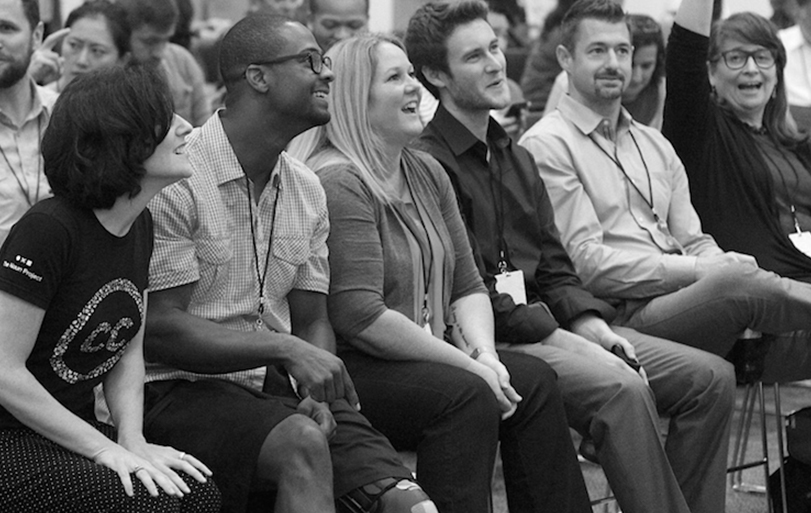 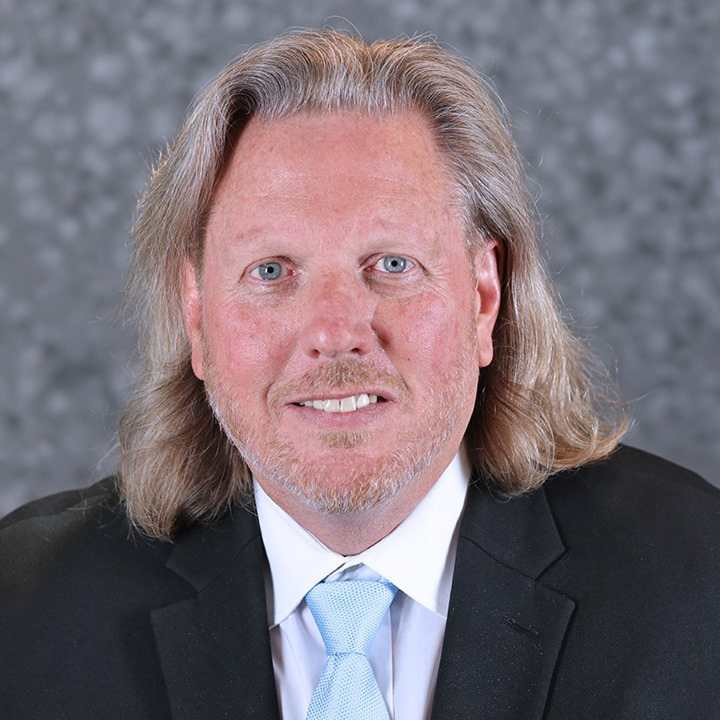 Q: Mike, how long have you been at CharacterPlus, and where were you before?

June will mark my first anniversary with CharacterPlus®. And I often refer to myself as a professional mutt. I've been fortunate to experience several career chapters in my life, which began after college as an Army Intelligence Officer stationed in Europe. I've been a business executive since that time. And more recently as Brand-P Managing Partner, where one of our initiatives is WeBeSchools – a patented, web-based, middle school character education platform.

Q: When people ask you about CharacterPlus, what's your elevator speech?

For students to be happy, compassionate, and emotionally intelligent we provide what academics can’t and that is a character education leg up skill set.

Q: Every organization has its own genesis story.
Tell us how CharacterPlus came to be.

McDonnell-Douglas CEO Sanford (Sandy) McDonnell was an aircraft manufacturing and transportation icon responsible for countless human journeys. Little did he know that the journeys he'd be equally remembered, respected, and revered for didn't span the sky, but the landscape of our nation's character. Sandy was the intellectual, financial, and leadership torchbearer for character education's reintroduction in our nation's schools. That began in St. Louis where Sandy, as a founder of CharacterPlus®, and Linda McKay, our first Executive Director, established how character education could be practically applied with educators and students. Our organization is now in its third decade. Sandy also saw to the creation of our nation's sole endowed chair for character education research – the Sanford N. McDonnell Professor of Character Education. He then laid the national groundwork for character education advocacy with the creation of Character.org in Washington, D.C. An aviation leader and modern father of character education in America, Sandy McDonnell's legacy continues to help hearts and minds reach their moral and ethical heights in the ongoing quest for a world where character is universal. 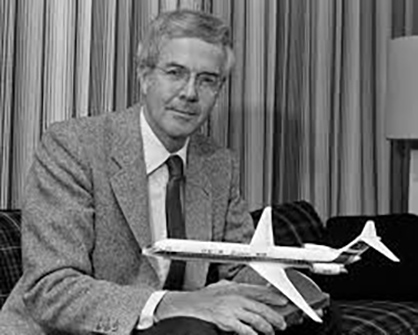 Q: What is one CharacterPlus program that gets you pumped up?

Not unlike our own children, we love our programs equally. I will say, though, any school (or parenting, or management) approach that takes a full-hearted, whole-intellect, character-values-first approach in seeking change for the better would be something I'd cheer. In the case of CharacterPlus, it is our CharacterPlus Way® process that embodies the same. This character-based foundation for academics and school culture commitment by school administrators is a bold, three-year relationship, and it usually begins as a serious challenge. Without fail, however, those that succeed create very successful schools where a struggling one once stood. How can anyone, principal or parent, not love stories of character-based triumphs? 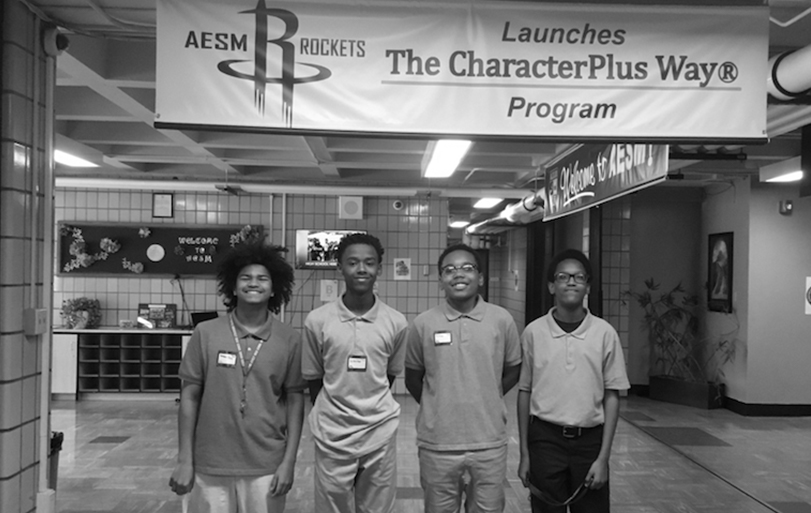 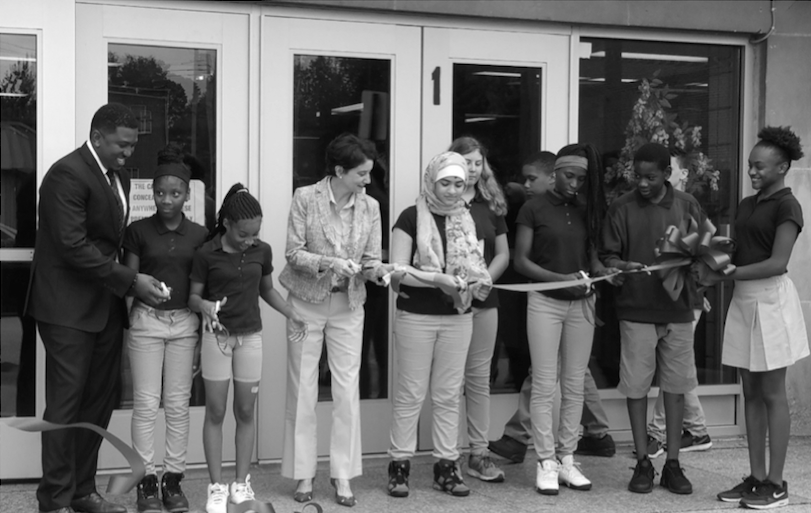 Q: Let's move to some numbers. How many schools does CharacterPlus work with? In a typical year, how many workshops? What other touchstone numbers explain the reach and influence of CharacterPlus?

The CharacterPlus® programming team has been the key to our continued district membership growth and success. We now support over 500 schools, 50 districts, and 300,000 students across Missouri, Illinois, and Kansas. We'll begin the 2020-21 school year by adding a collegiate athletic character component, partnering with the Great Lakes Valley Conference, which spans five states and 16 universities. We stay busy locally with over 30 workshops and site visits offered to educators during the school year. Additionally, our more in-depth, on-site work with a number of CharacterPlus Way partner schools is a big focus for our team. We also do a growing number of Readiness Assessments in schools, to help them see a path forward in their character work. CharacterPlus is also the State Schools of Character affiliate for Missouri, and on average, Nicole Diehl, our State Coordinator, will work with 25 schools a year who are using the Schools of Character framework. 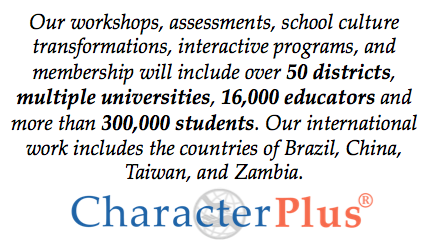 Q: What have you learned about character development that
you didn't know before you started at CharacterPlus?

"The longest way round is often the shortest distance to home," and in this case, home is the positive possibilities moral and performance character afford. As for the long way around, there are no shortcuts when we choose good character as our priority. 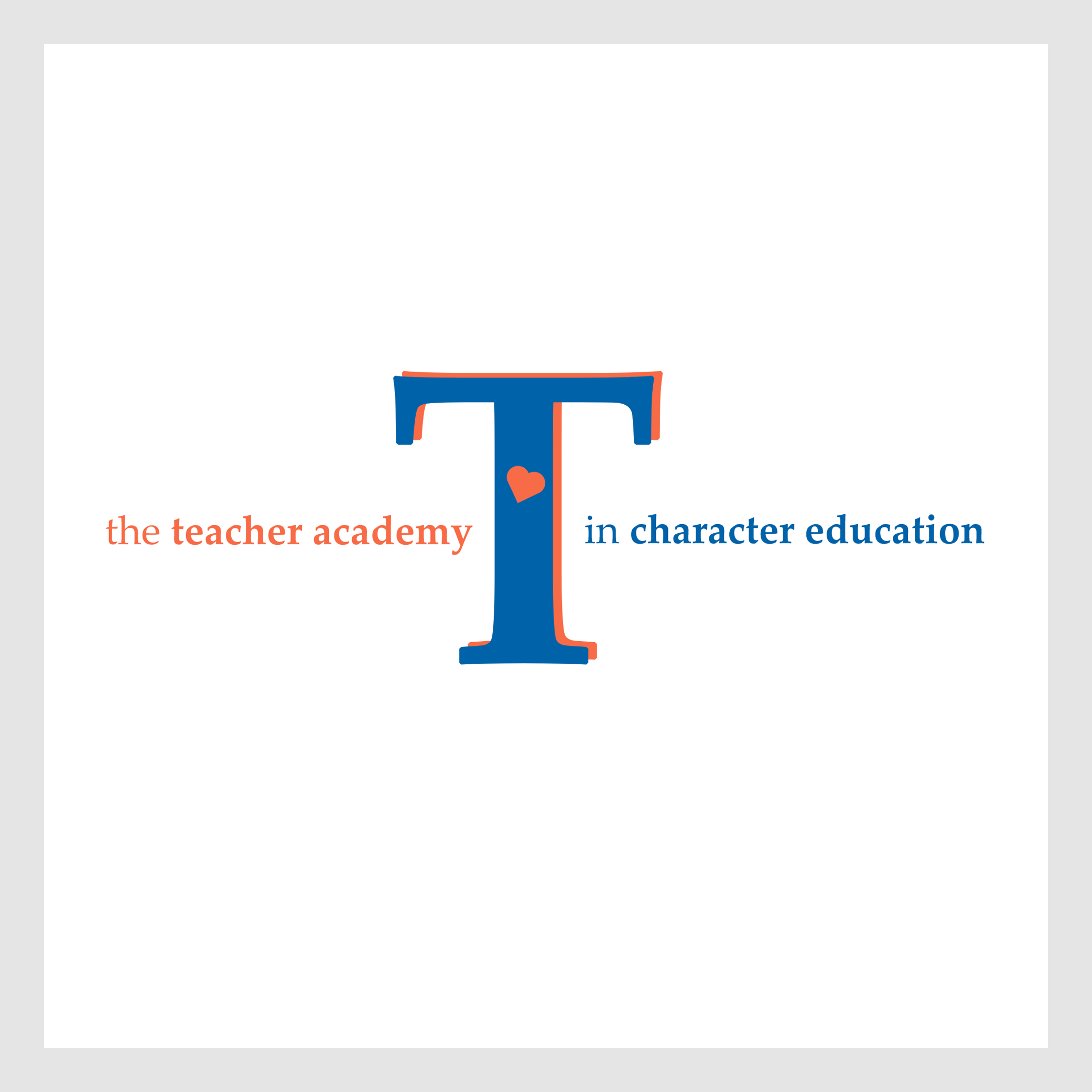 Q: CharacterPlus recently started a few new initiatives. Tell us about one or two.

Hands down, the most exciting initiative has to be our new Teacher Academy in Character Education (TACE), led by Kristen Pelster, Director of Programming. TACE begins this fall and is the first of its kind in the nation. Designed for teachers in years 3 to 5 of their career, the Academy's one-year program will span September through June. Twenty-five teachers will attend a monthly full-day work session led by top educators and character education experts from the region and nation. We have two purposes. The first is to inspire a personal commitment to character values as a teacher, to best live the noble purpose all educators share. The second is to equip teachers with character development best practices and evidence-based methods for building positive character moxie in students. Our measured goals include increasing academic success in classrooms, decreasing student referrals, reducing teacher turnover, and increasing teacher job satisfaction.

In light of COVID, that standard question takes on extra weight, doesn't it? I'm an ex-Army guy, and decades later, I find my leadership, practically daily, being influenced by that experience. And when soldiers face difficult challenges, they first look to their left and then their right at those beside them. No challenge is impossible when you have a team beside you that cares. To a T, we have that team. From the Board of Directors to the Executive Committee, Chair, Staff, District Superintendents, and long-standing Community Partners, whatever challenge we face in the coming year, we will triumph. 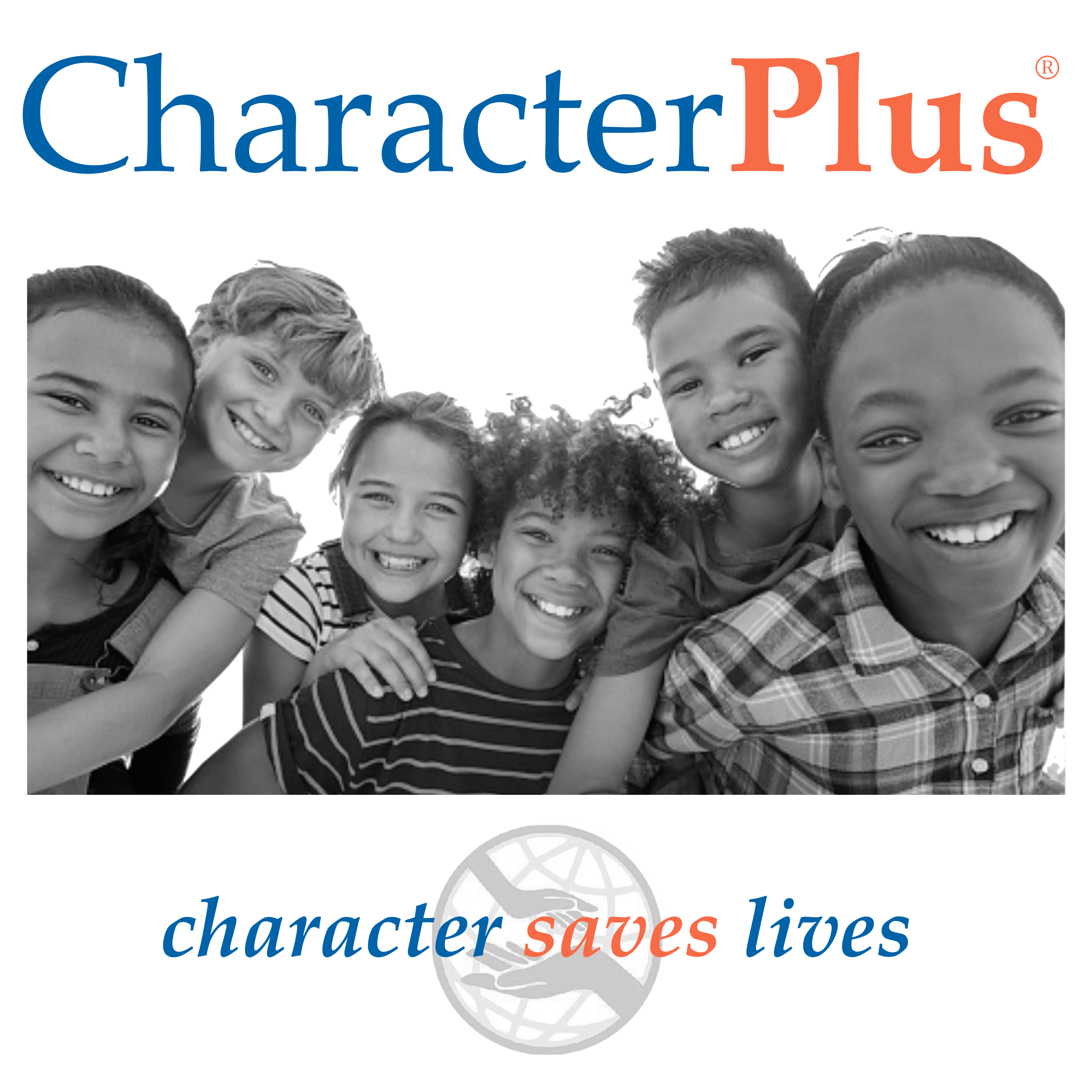 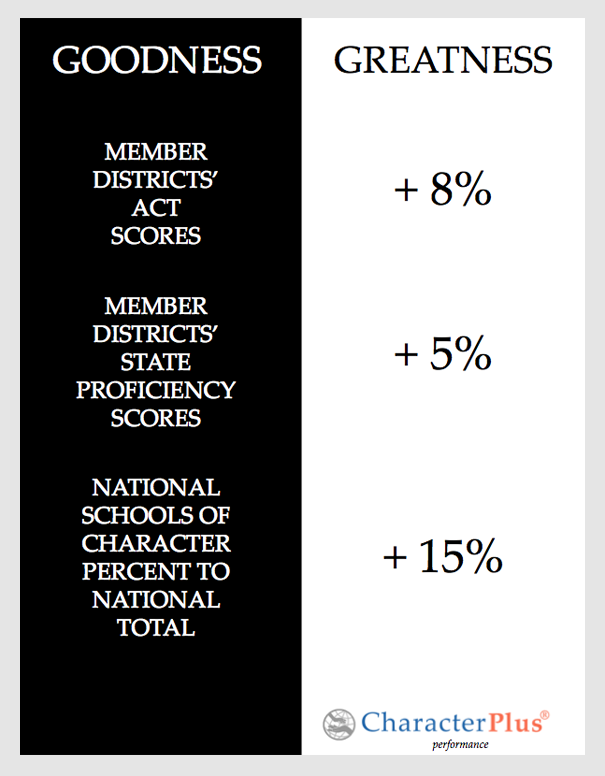 Q: We know how critical it is for school programs to be evidence-based.
Does CharacterPlus have data that demonstrates impact?

We do! Many years ago, CharacterPlus had two federal research grants to study the implementation of a community-building, character education process. From those grants came The CharacterPlus Way, our three-year, school-wide transformation process. Schools who undertake this process show a decrease in discipline referrals, an increase in attendance rates, and improvements in both reading and math scores on state testing. Additionally, students, staff, and parents in these schools report feeling a stronger sense of belonging. Very few, if any, programs can boast that kind of improvement from a character-based, community building process.

Q: What's your one piece of advice for parents, teachers, and
coaches striving to foster character in young people?

Do not wait until others are on board to begin this work. Be the role model for your school.
Your commitment to character will be contagious! Others will see the culture and climate you are building with your students in your classroom and want in on the secret. But remember, this work is a marathon, not a sprint. Be diligent, commit to the time, the effort. Character is built brick by brick over time, and you are but part of a young person’s span. On your watch, equip them with skills, and create opportunities for them to continually assess their own character.
The positive possibilities abound. 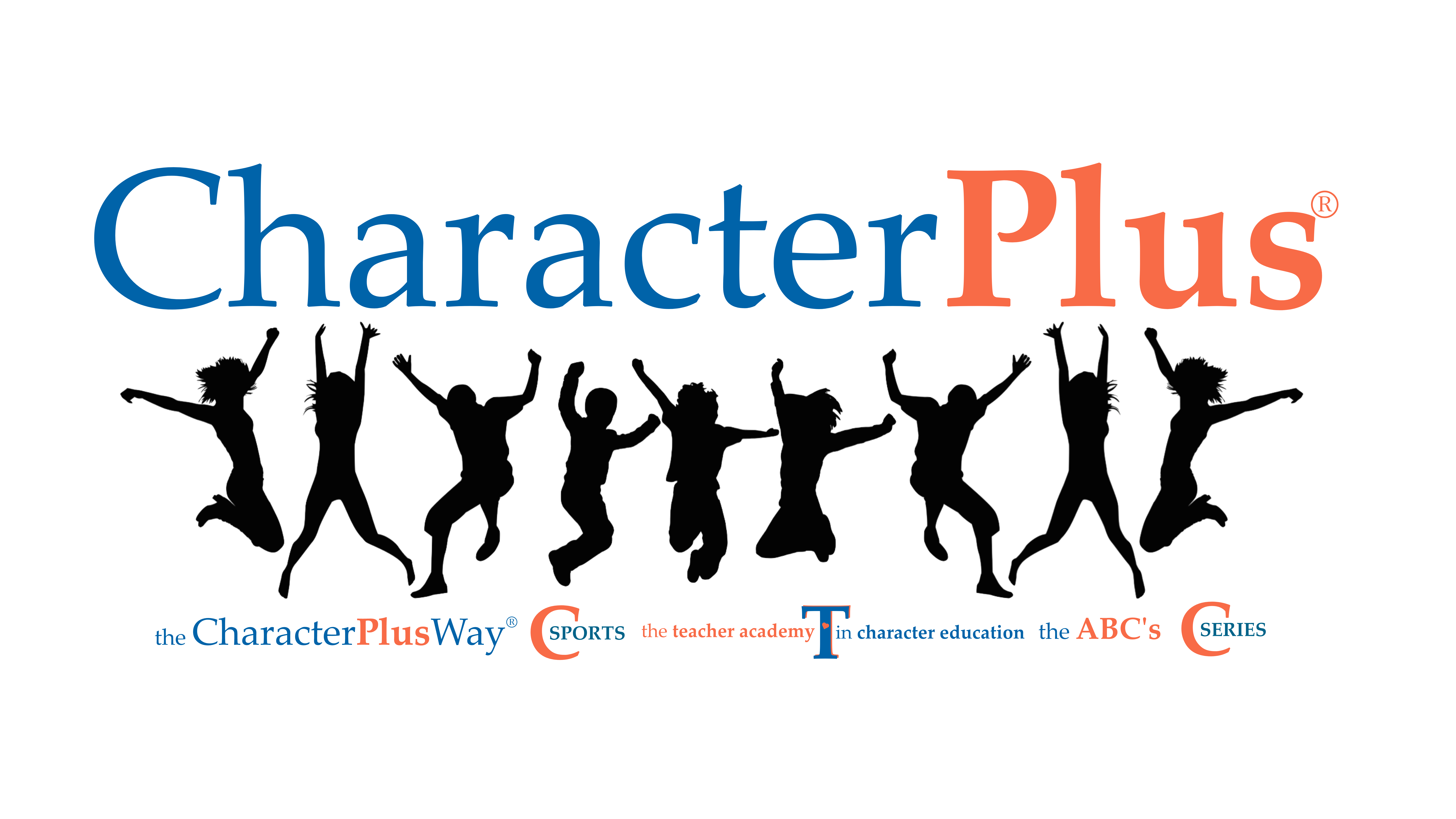