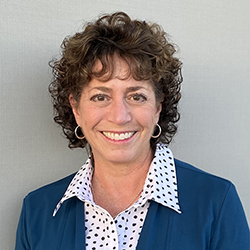 Character.org is proud to announce that Debra Cohen, Ed. D. has joined the organization as their John Winthrop Wright Director of Ethical Education. Dr. Cohen will work directly with schools and districts in the United States to equip students of all ages with the skills and competencies to live their core ethical values.

"Honesty, integrity, and trustworthiness are essential character strengths," said Dr. Arthur Schwartz, president of Character.org. "We are honored that Debra is joining our team to advance Mr. Wright's enduring legacy."

John Winthrop Wright endowed the School for Ethical Education in 1995. Mr. Wright's philanthropic vision focused on expanding opportunities for teachers and students to learn how "ethics in action" creates character. Since 1995, the School for Ethical Education (SEE), based in Connecticut, has provided a range of programs, courses, and workshops for school leaders, parents, and students that focus on ethical behavior and positive character.

"On behalf of myself and the SEE board, we are delighted to provide the resources to Character.org to help Dr. Cohen promote ethical education across the United States," added Peter Donovan, Board Chair for the School for Ethical Education. "Our support of Character.org will ultimately result in more students learning why being honest and ethical matters."

After 20 years in the corporate sector, Debra spent 15 years in the classroom as a teacher. Most recently, Dr. Cohen created and managed district-wide programs at the West Windsor-Plainsboro Regional School District (NJ) to increase student engagement and social-emotional learning. She received her doctorate in education from Drexel University.

During her first year, Dr. Cohen will build relationships with school leaders interested in developing creative approaches for students to learn about and practice academic integrity. She will also work with a group of high school students to launch a social media campaign on the importance of being an ethical person.

Character.org is a worldwide network that empowers people of all ages to practice and model the ethical core values that shape our hearts, minds and choices.  Formerly known as the Character Education Partnership, the organization has relentlessly advocated for character since 1993 -- because Character.org believes character is at the core of who we are. Today, Character.org creates and shares resources that support people around the globe, including the 11 Principles Framework for Schools: A Guide to Cultivating a Culture of Character. The organization’s vision is to serve as the hub for all things character by inspiring, recognizing, and celebrating thousands of people in schools and beyond who are champions for character.

A Virtuous Contemplation July 28, 2021 by Holly Whisenant Mainely Character—The Scholarship Where Character Counts May 6, 2021 Relationships. Company. May 6, 2021 Preparing Adolescents for Civic Virtue through Courageous Conversations April 22, 2021 What I Owe to Nature April 15, 2021
×